Stopping over in New York: Best events and festivals for every season

New York is a city with 4 distinct seasons - pleasant springs, stifling summers, crunchy autumns and freezing winters. Trips in different seasons can have little or no resemblance to each other, with different festivals and events springing up around the city throughout the year. New York doesn't really have a low season (although the weeks between Thanksgiving and Christmas can be a bit more chaotic than usual) so you can very easily plan your trip around the best of what the city has to offer, whether its skating in Central Park, a trip to the outer boroughs or just a stroll down Fifth Avenue in the sun. 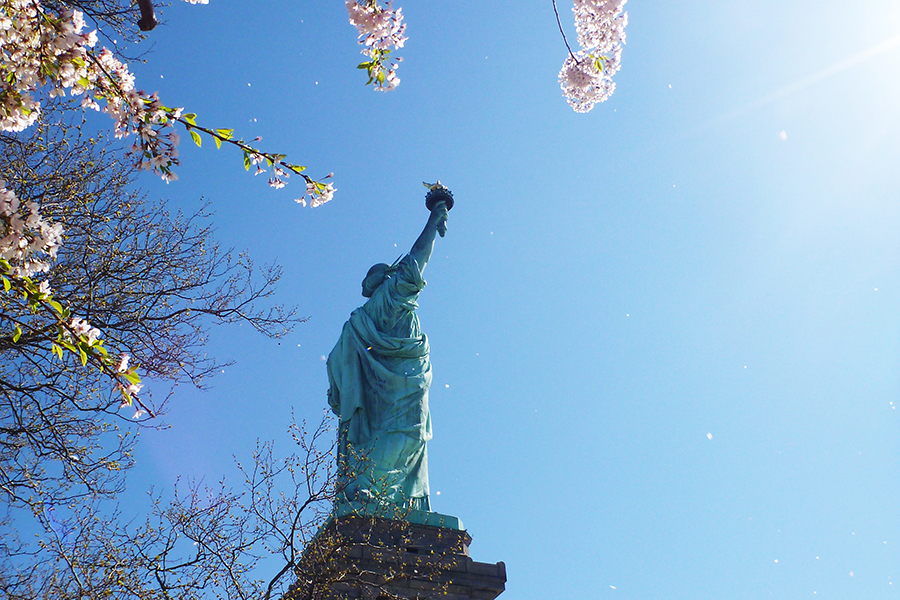 Brooklyn Botanical Gardens: Escape the bustling streets of Manhattan and enjoy the flowering Brooklyn Botanical Gardens. Walking along the Cherry Esplanade in spring is a beautiful way to spend an afternoon in Brooklyn so keep an eye on CherryWatch for updates on the progress of the blossoms. After the month long cherry blossom season of 'Hanami' in April, the gardens hold their annual Sakura Matsuri cherry blossom festival, celebrating Japanese culture and their love of the blooms. From March to October the gardens are open from 8am-6pm Tues-Fri, 10am-6pm weekends and closed on Mondays.

Yankee Stadium: Head to the south Bronx for the first Yankees home game of the season. The New Yankee Stadium has only been open since 2009 and is the most expensive baseball stadium ever built. A visit to the Yankees Museum is also worth a go with the 'Ball Wall', made of signed balls from Yankees players over the years, a particular favourite. Now head for your seat and with your foam finger on one hand and a soft pretzel in the other, get ready to cheer the home team to victory!

Coney Island: Take the D, F or Q subway line out to Coney Island where the park opens on weekends in April and extends to full daily opening hours from May to September. Ride the Cyclone, a wooden roller-coaster opened in 1927 that is now a New York Historic Landmark. For an alternative view of the Manhatten skyline, hop aboard the Wonder Wheel, a 150ft tall wheel has been turning since 1920. Top the day off with lunch at the original Nathan's Famous hot dogs for a classic New York frankfurter. 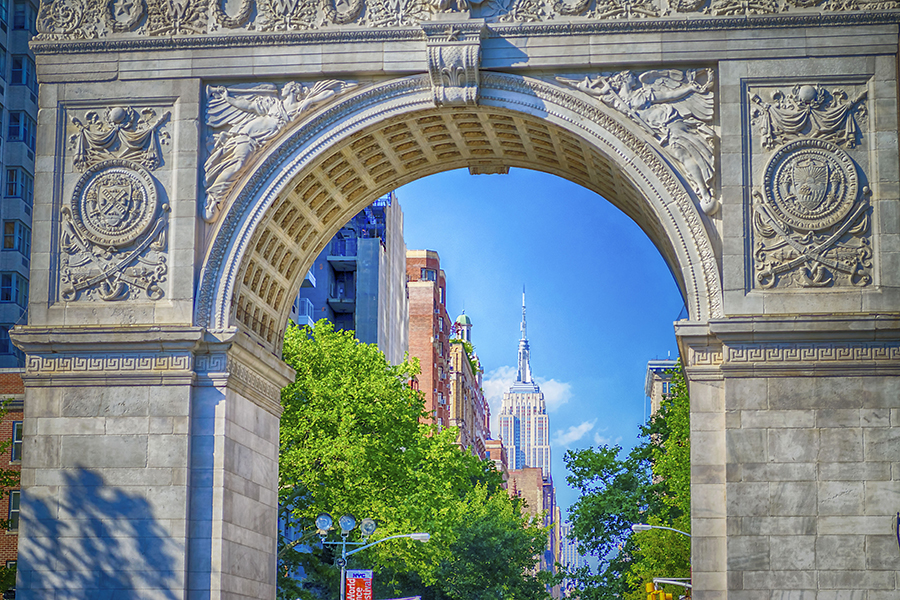 Shakespeare in the Park: Performed at the Delacourte Theatre in Central Park, this outdoor celebration of all things Shakespeare is one of the great events of the summer in New York. Unless you fancy shelling out $175 to be a summer sponsor (this gives you one ticket without having to wait in line) then be prepared for queues - the free tickets are available from noon at the theatre but people are often seen lining up from 6am to ensure they snag those coveted tickets. Or, if you're feeling lucky, you can enter a lottery from midnight to noon of the day of the production and find out after 12pm if you've been chosen.

New York Restaurant Week: For about a month in the summer (and a similar time in the winter) many restaurants in the city offer fixed price lunches and dinners, for New York Restaurant week. For expensive restaurants, these prices can be a fraction of what you would normally pay for top quality food, so make sure you do your research and find out what's on where. Restaurants are not obligated to offer this, so make sure you either check to see if the restaurant you've heard about is on the list or just browse through until something catches your eye. It's a great way to experience the varied and wonderful food scene of New York.

US Open: At the end of August this famous tennis tournament, held in Flushing Meadows in Queens, is a brilliant event to attend. I went to the 2013 Mens Quarter Final to see Novak Djokovic take on Mikhail Youzhny and it was the highlight of our trip to New York. The seats only cost around $80 and it was so much fun taking the train out to Queens with New Yorkers dressed to the nines ready for a night at the tennis. Make sure you take a jumper though; no matter the temperature in the day, an evening match playing until 11pm can get pretty chilly! 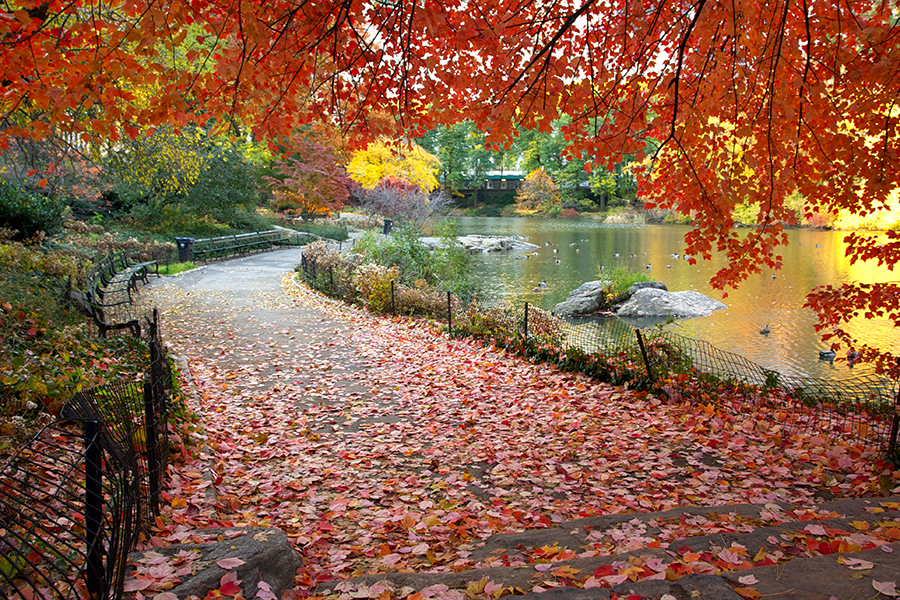 New York Film Festival: This festival is held at the Lincoln Center for Performing Arts in Manhattan and has been since its beginnings in 1963. The harsh selection process means that it shows significantly less films than many other festivals - only around 30 full length films and a dozen short films. The limits of this means that it is not a competition festival. It also includes many seminars and debates on films and cinematography which are an interesting addition to simply seeing the films on offer. In 2013 Captain Phillips (starring Tom Hanks) and The Secret Life of Walter Mitty (starring Ben Stiller) both had their world premieres at the festival.

Macy's Thanksgiving Day Parade: The Thanksgiving Day Parade began in 1924 when many Macy's employees were first generation immigrants, who wanted to pay tribute to their new home with a special celebration. The parade begins at 9am and lasts for 3 hours as the floats, balloons and marching bands stride around the city. One of the best spots is on 6th Avenue, where you can arrive from around 7am and still get a good view of the parade. It's a unique look at the American way of life and the celebration of their heritage.

Fall in Central Park: When the leaves of 20,000 trees turn, it's a pretty spectacular event. Head to Central Park and all the usual enjoyment of strolling through the green centre of Manhattan is multiplied as it turns from green to brown, red and gold. The Ramble is a particularly great section at this time of year - this woodland walk amongst the huge chunks of the islands bedrock is enchanting as it is transformed a crunchy paradise of red maples and sweet gum trees. The park has a handy map with their staff members highlights for the best leaves in the Central Park. 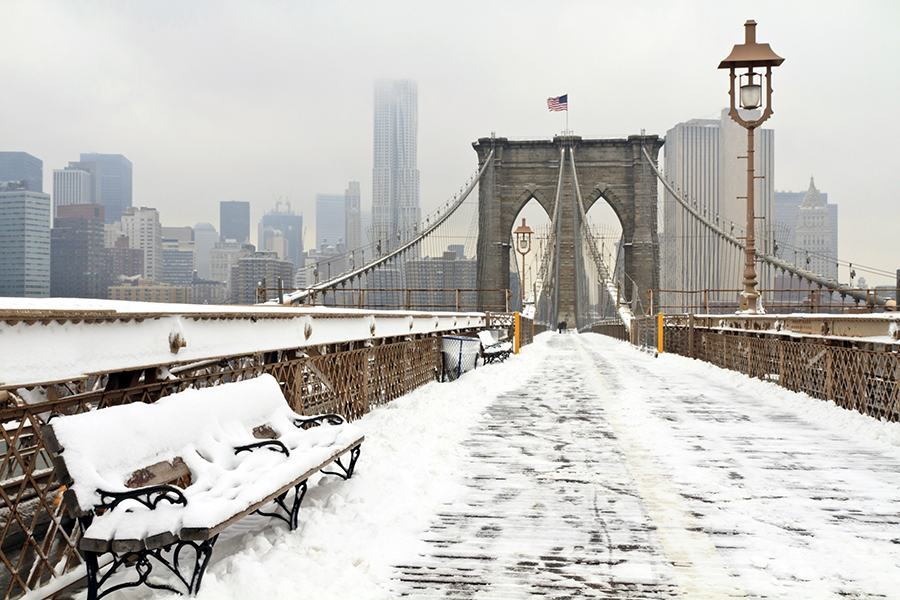 Skating at the Rockefeller Center: Surrounded by the international flags of the Rockefeller Center, New York's most famous ice rink sits among the sparkling Christmas lights of the plaza. The ultimate urban ice skating experience, just make sure you keep your eyes on the ice - the towering splendour of the Rockefeller tree can be somewhat distracting! The rink opens in mid October and hangs around until nearly April so don't worry if you're not in New York for Christmas, there's still plenty of time to enjoy the experience.

Times Square Ball Drop: Surely one of the most famous New Years Eve celebrations in the world, the Times Square Ball Drop is, depending on who you talk to, either the place to be or the place not to be on the 31st December come midnight. Hardened New Yorkers may shy away from this huge event (over 1 million people attend every year) but the excitement of the event can't be denied - the experience of being present at the start of the new year is one you'll be talking about for a very long time after.

Chinese New Year: Chinese New Year is celebrated in January or February, though the date changes annually. The Firecracker Ceremony wards of evil spirits and celebrates Chinese culture with musical and dance performances all day. The Chinatown parade is definitely the highlight, with dragons and lions dancing in the street as around 5,000 people march through Chinatown celebrating. What better excuse to head to Mott Street and chow down on some dim sum whilst watching the parade go by!

New York City is the perfect stop on a round the world trip no matter what time of year you leave. We can build any itinerary to suit you perfectly so why stop with New York?

Hire a car or campervan and set off to explore America with our 5 Incredible American Road Trips. Contact Helen to plan a similar trip or request a quote.

*Inc. International flights (per person, based on 2 sharing)

Explore 3 of America's best cities on this New York city break and California fly drive. Begin with a city break in the ‘Big Apple’ before flying to San Francisco, the city on the bay. Take some time out to go wine tasting in the Napa Valley before making your way down Highway 1 all the way to Los Angeles.

About the author Milly Gill

Fresh out of high school, Milly left her home comforts behind and set off to work in a school in Thailand for a year. Whilst working in Thailand she managed to explore Vietnam, Cambodia, Malaysia and China before uni. In the breaks from her English & American Literature degree she interned for Travel Nation, eventually joining our team in 2014. Milly is fascinated by wildlife and food and weaves these elements into both her own trips and those she plans for others. Her natural instinct for building fascinating trips that take you off the beaten track inform the trips she plans and she currently works in our Product Team sourcing great hotels and tours for our customers.

11 of the best islands in Thailand to explore