Stopping over in New York

New York is one of the few cities in the world which is exactly as you imagine it; soaring skyscrapers, yellow taxis and steam coming out of the sidewalk! First time visitors will experience a comforting, profound sense of familiarity with the city, thanks to the global film and entertainment industry’s iconic portrayal New York images.

There is more to the ‘Big Apple’ than popular sights like Times Square and the Statue of Liberty; iconic buildings and Broadway, galleries and greenery. From Caribbean kitchens to cheesecake, it’s undoubtedly one of the world’s great cities and to do it justice you really need to spend more than just a few days – so here’s our guide to stopping over in New York!

New York experiences mild summers and snowy frozen winters so autumn (September and October) and Spring (April and May) are the best times to visit when temperatures are more moderate. However, New York is such a great city, you won’t even notice the weather and there’s something for every season in New York!

JFK airport is located about 15 miles (24km) southeast of central Manhattan. The Airtrain service connects the airport to the city centre, as well as the subway, trains, buses, taxi cabs and shared shuttle vans which offer a reliable door- to- door service. Once you’re in the city, New York is a great place to get up and walk around and the grid system of streets makes it hard to get too lost! The subway is safe and cheap, and there’s also a hop on/hop off bus tour that has a variety of passes to suit your length of stay. 7 day unlimited travel passes (for the subway and buses) are $30 and can be bought in stations, shops and buses or a single ride is $2.75. Buses and taxis are a bit complex with traffic jams at peak times, but convenient if you’re not in a hurry (or you’ve walked so far that you’re in need of a taxi ride back to your hotel!)

Choosing where to stay can initially seem overwhelming in this ‘city that never sleeps’, but the decision can be made easy if you pick a hotel near a metro stop. We can always suggest options to suit your trip duration and budget – see our hand-picked accommodation options all over New York. The most popular area to stay is generally between 40th - 59th streets to 6th -8th avenue which houses Times Square, Theater District, Midtown and Hell’s Kitchen and is central to all the main attractions. The Upper West Side or Chelsea are quieter options if you’re looking to escape from the chaos, whilst the bohemian flair of Greenwich Village makes a great base if you have a longer planned.

What to see and do – our favourite picks!

Eggs over easy start off with breakfast at a New York diner. New York breakfasts are legendary and there are great diners all over town where you can get a ‘cwoffee’, eggs over easy, hash browns, home fries, pancakes and maple syrup on just about everything. The huge portions will definitely set you up for a day of sightseeing – in fact you might not need to eat again until dinner! The Upper West Side is as good a place to start as any with plenty of diners and cafes to choose from on its broad, tree lined avenues. 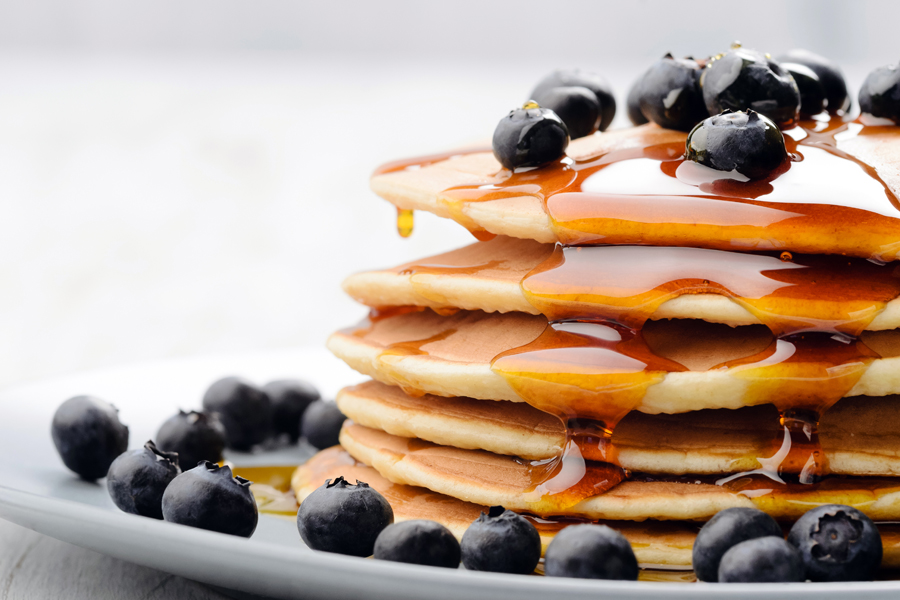 Central Park is Manhattan’s vast oasis of grass, lakes and woodland, criss-crossed with cycling and jogging tracks. Encompassing nearly 850 acres, the park was opened in 1857 and was originally designed to boost the value of property in Manhattan. Providing an essential green escape from the urban jungle, the park hosts everything from ice-skating in winter, themed gardens to tennis and a small zoo. Be sure to check out if there are any performances or special events scheduled in Central Park before you go.

Empire State Building & Rockefeller Center to get a bird’s eye view of NYC, visit the top of the iconic Empire State Building (ESB), located on 5th Avenue in the heart of Midtown. This 102 storey skyscraper was the tallest building in the world for 40 years from its completion in 1931. Take the elevator up to the observation decks on the 86th and 102nd floors for amazing 360 degree views of the city. Another great vantage point is the rooftop of the Rockefeller Center, which has fabulous, unobstructed views from the observation deck on the 70th floor and from the outdoor terraces on the 67th and 69th floor. For more great views head west across Midtown to the hip and trendy neighbourhood of Chelsea, where you’ll find this elevated walkway that stretches for a mile or so along what used to be a railway line, offering great views and a unique perspective on the city. The High Line features gardens with seats where you can sit and watch the world go by.

Grand Central railway station is one of the largest in the world and surely a strong contender for most beautiful. The expansive concourse features high, vaulted ceilings with a huge mural of the sky at night. Grand Central has also become a food lover’s paradise, hosting some of the city’s best restaurants, as well as the grand Central Market, renowned for the quality and freshness of its produce. Stop for lunch at the Grand Central Oyster Bar, where you can sample dozens of deliciously different types of oysters and other fresh seafood.

Staten Island Ferry take the subway down to South Ferry station in Lower Manhattan and jump on the ferry to Staten Island. It’s completely free, departs every 15-30 minutes all day every day and the round trip takes around an hour. It’s a great way to see Ellis Island and the Statue of Liberty close up without even spending a cent!

Brooklyn Bridge take a walk across this iconic attraction; a magnificent suspension bridge that connects Brooklyn and Manhattan. There’s a pedestrianized walkway far above the din of rushing traffic, and the views across the city are sensational. It takes around half hour to walk across; time it as the sun is sinking over Manhattan and the bright city lights are twinkling into life…magic. Grab a bite to eat at Grimaldi’s Pizzeria underneath the bridge, serving up delicious New York style, thin crust pizza, cooked in a traditional coal-fired brick oven.

East Village is full of trendy bars and restaurants full of counterculture and identity. Known for its 1950s beatnik history and various artistic and anarchistic movements, the area has a vibrant and colourful community. Check out Katz Deli which was the setting for a famous scene in the film When Harry Met Sally. Head to Criff Dogs to sample deep fried hot dogs (a lot nicer than they sound) and check out the ‘secret bar’ PDT accessed through the phone booth in Criff Dogs. PDT is an ultra-cool, lowly lit cocktail lounge and one of the East Villages hippest hangouts. It’s the perfect spot to sit back and reflect on a great day in the Big Apple.

Museums and Galleries are in abundance and modern art lovers will require some careful planning to ensure they get around everything New York has to offer with a few rest stops in between. The American Museum of Natural History, The Guggenheim, MET (The Metropolitan Museum) and MOMA (Museum of Modern Art) are absolute must-sees, especially the roof-top garden at the MET, and if you have more time and inclination check out the Frick Collection for smaller crowds, but with an excellent collection of European Masters.

New York is spoilt for choice when it comes to getting out of the Big Apple and venturing further afield. Step over the city borders and New York State offers everything from historic homes, sand and surf, hiking and fishing through to cellars, distilleries and craft brewery trails. All which can be easily visited as a day trip by bus or train.

Coney Island is around an hour from New York by subway train. Buses are also available. Claiming to be the birthplace of the hot dog, New Yorkers flock here from May – September when most of the attractions are open. Movie theatres, amusement parks and a stroll along the boardwalk with its circus style quirk make this a great day trip

Tarrytown is around 30 minutes by train from New York. Situated on the Hudson River, this is a relaxing escape to historic homes, history and infamous for the setting of Sleepy Hollow. Compact and easily explored on foot, there are plenty of antique stores and farmers markets from the surrounding Hudson Valley to keep you pleasantly entertained for a great day out.

Philadelphia, Boston, Washington DC and Niagara Falls are all easily accessible from New York, by bus or train travel – we can help you plan an itinerary with car hire, rail or bus passes to get you out of the city.

Interested? How to include New York as a stopover

New York is easy to include on many multi-stop itineraries and round the world tickets and opens up the opportunity to head North into eastern Canada, fly-drive through the north eastern US states or continue overland throughout the rest of the country. We can book car hire, campervans, bus passes, tours and accommodation and help suggest itineraries. Contact Graham for more information on New York.

Here are some ideas for multi-stop tickets including New York: