Often unfairly overlooked for its rival, the east coast - the state of Western Australia has so much on offer that it's a wonder more first-timers don't make a beeline for Perth. It's easy to fall in love with the wild, rugged beaches that by east coast standards are deserted; under an endless blue sky you can swim from the shore to a coral reef, discover all manner of incredible rock formations, see kangaroos on the beach - and that's before we've even got as far as the food and wine scene.

We've gathered up just a few of our favourite reasons to visit Western Australia - just the tip of the proverbial iceberg - but it should get you thinking...

1. Western Australia IS one third of Australia 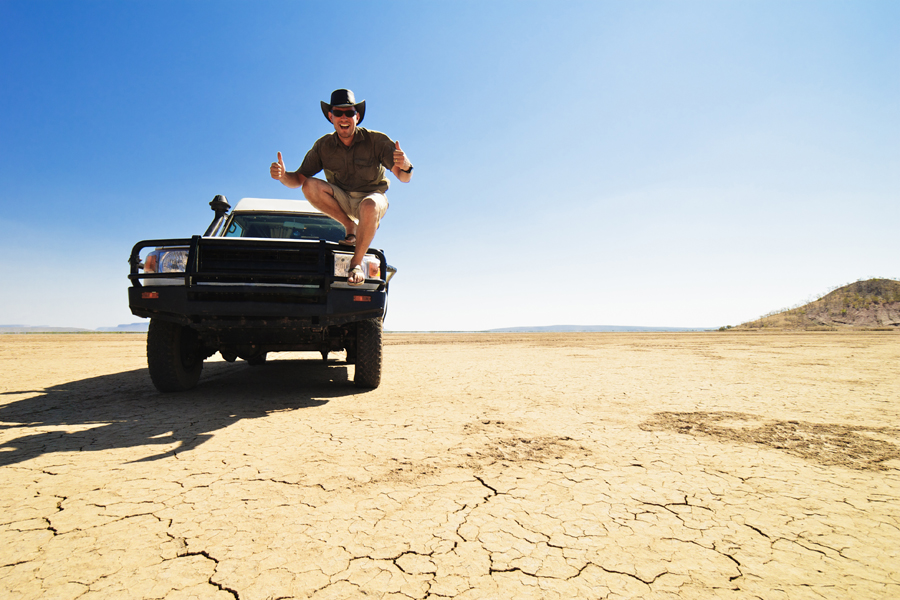 Western Australia occupies the entire western third of Australia - more than one million square miles! With just 2.4 million inhabitants, the vast majority of whom live in or around Perth, one thing you are guaranteed is plenty of space. The empty roads are perfect for exploring by campervan like the Perth to Broome route. Plan your route carefully beforehand, as if you’re heading to remote areas like the Kimberley you’ll more than likely need a 4WD vehicle. Having your accommodation with you means you can stay over in some really remote spots, whether it’s along the beautiful Coral Coast or out in the wilds of the Great Outback.

2. State capital Perth is nearer to Indonesia than Sydney 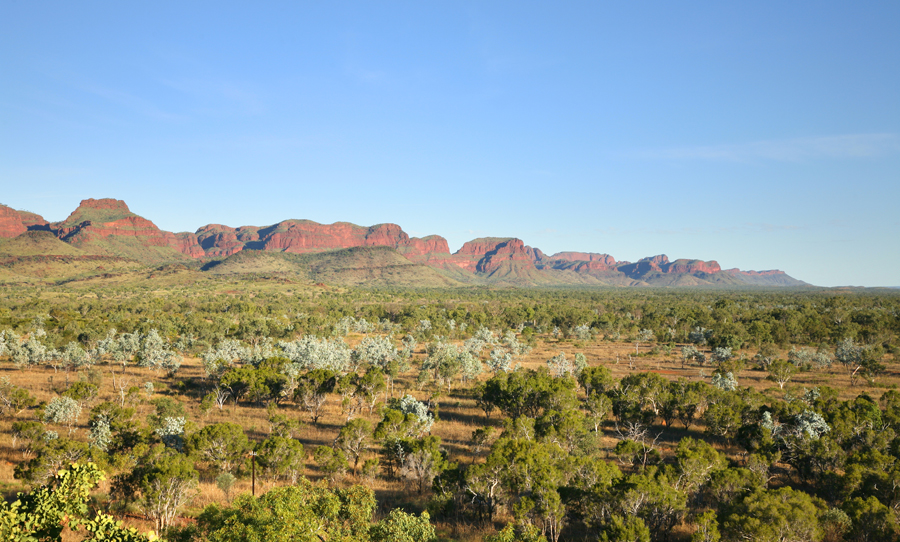 Nothing beats getting away from it all and in Western Australia you’ll get away from, well, everywhere! Perth is the most remote capital city in the world and is closer to the capital of Indonesia, Jakarta, than it is to Canberra, capital city of Australia. So remote is Perth that the original American astronauts named it the ‘City of Lights’ - due to the lack of any significant light interference within thousands of miles of the city, from outer space it stood out as the brightest spot on the planet!

If you want to sample the incredible remoteness of Western Australia without compromising on creature comforts, treat yourself to a few days at El Questro Wilderness Park or Emma Gorge Resort at El Questro in the awe-inspiring Kimberley. If you’re looking for an adventure, check out these small group tour ideas running out of Perth. 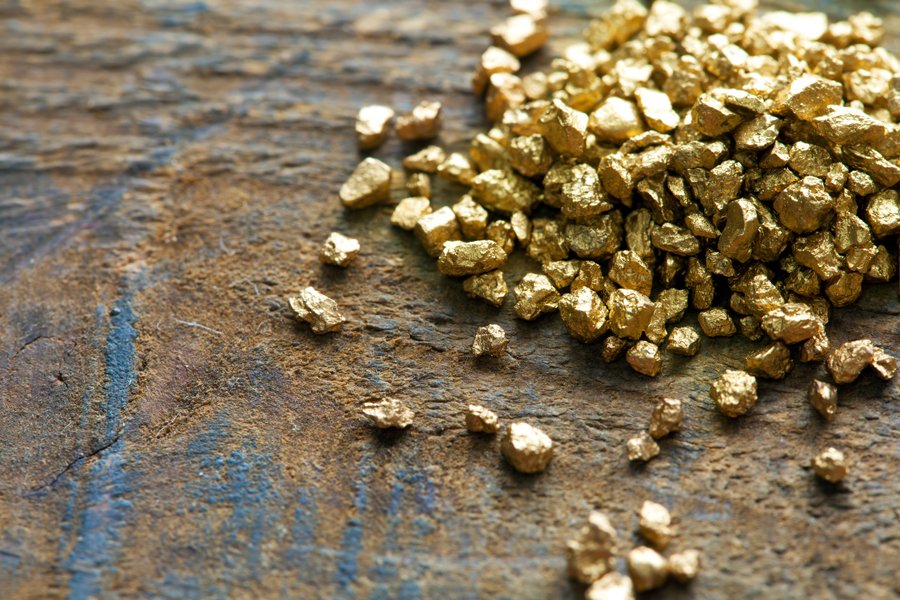 Take a step back to the days of the gold rush on a full day tour of Kalgoorlie-Boulder, where you’ll see striking 1890’s architecture along the infamous Hay Street and explore the Hannans North Tourist Mine, where you’ll learn all about the history of this famous boom and bust town. There are also treasures to be found beneath the seas – tropical Broome, situated on the beautiful and undeveloped north coast, is the pearl capital of the world. 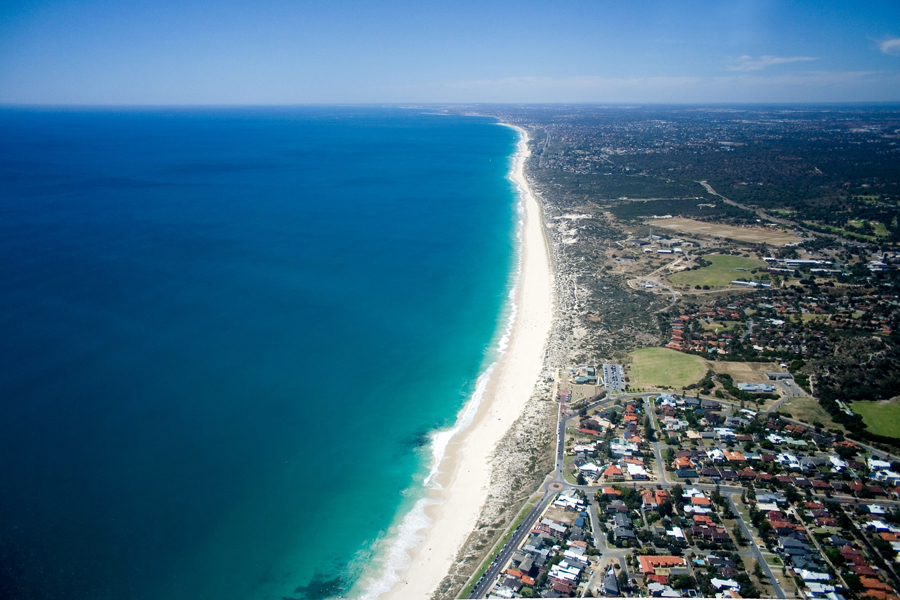 Well, almost always. Perth averages 8 hours sunshine every day, 365 days a year. And because Western Australia is so vast, it’s always a good time to visit! In Australia’s winter from June to September the tropical north is the place to be – not that it ever gets really cold further south.

5. It’s home to the largest fringing coral reef in the world 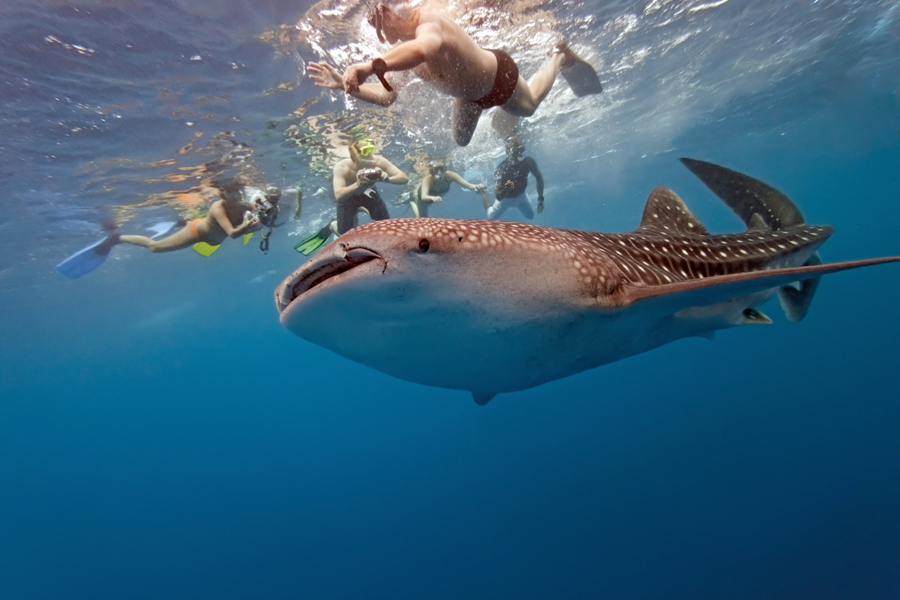 The virtually untouched Ningaloo Reef, located approximately midway between Perth and Broome stretches for some 260km. It’s the largest fringing reef in the world and nowhere else on the planet can a reef of this size be accessed so easily – in many places, it’s just a short swim from the shore.

Its remarkable biodiversity, with more than 500 species of fish and 300 varieties of coral has given it World Heritage listed status. It’s arguably most famous for being one of the few places in the world where you can swim with the world’s largest fish. Whale sharks, which can grow up to 15 metres in length are visitors to Ningaloo every year between late March and mid July.At the southern end of the reef, the Bayview Coral Bay makes a great base to explore from. Or, if you really want to push the boat out, the Sal Salis in the Cape Range National Park offers exclusive wild bush luxury just metres from the water’s edge.

6. It’s home to the biggest rock in the entire world 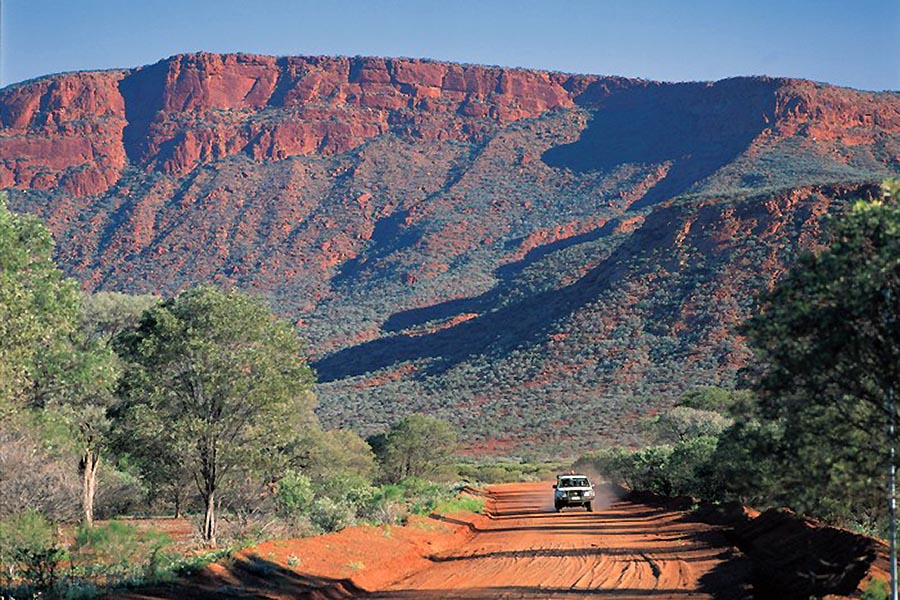 The Northern Territory’s Uluru (Ayers Rock) may be the most famous rock in Australia, but it’s actually not the biggest: that honour belongs to WA's Mount Augustus, known as Burringurrah by the local Wadjari Aboriginal people.

900km north of Perth, it’s not only the largest rock in Australia, it’s the largest in the whole world! This sandstone monocline is more than twice the size of Uluru and measures a staggering 8km long, by 3km wide and 377 metres high. There are a couple of climbing trails leading to the rock’s summit – the climb takes 2-3 hours and you should allow 4-5 hours for the return trip. The heat can be fierce so make sure you wear a hat, take plenty of water and avoid the hottest part of the day. It’s a tough climb but the stunning views across the desert from the summit are more than ample reward!

7. More Aboriginal art than anywhere else in Australia 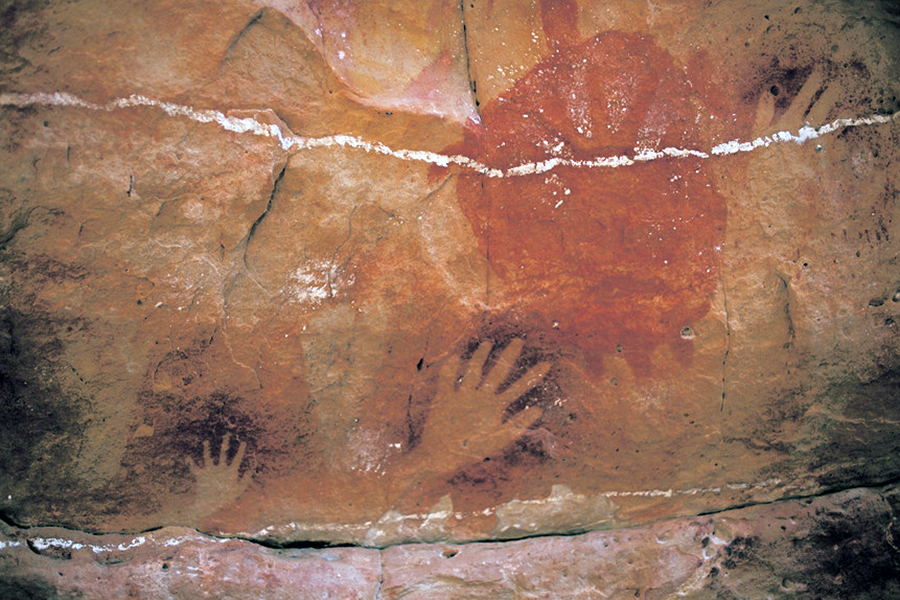 Western Australia has the greatest concentration of Aboriginal art to be found anywhere. At the Burrup Peninsula, Dampier, there are estimated to be between 500,000 – 1 million Aboriginal petroglyphs, or ancient rock engravings, some of which are said to date back to the last ice age some 10,000 years ago.

The Burrup Peninsula, also home to pristine white beaches, is located between Exmouth and Broome on Western Australia's beautiful north coast. It’s free to explore the area but its well worth joining an organised tour from the nearest town of Karratha, around 30km away. Much of the area is only accessible by 4WD and you’ll also gain a fascinating insight into the history of this area.

8. It’s a total mecca for surfers 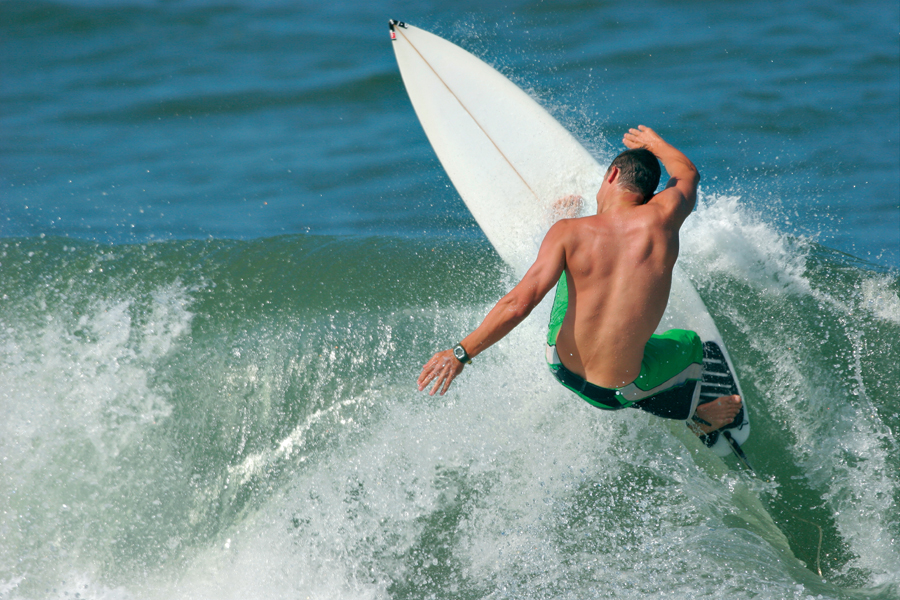 Forget the east coast – as far as surf goes, west is best. Margaret River, 170 miles or so south of Perth, draws surfers in from all over the globe. Some of the largest and best surfing waves in the world can be found along this beautiful and unspoilt stretch of coastline. Spend a few days in Margaret River and when you’re all surfed out, you could also relax by taking a tour of one of the region’s many outstanding wineries. 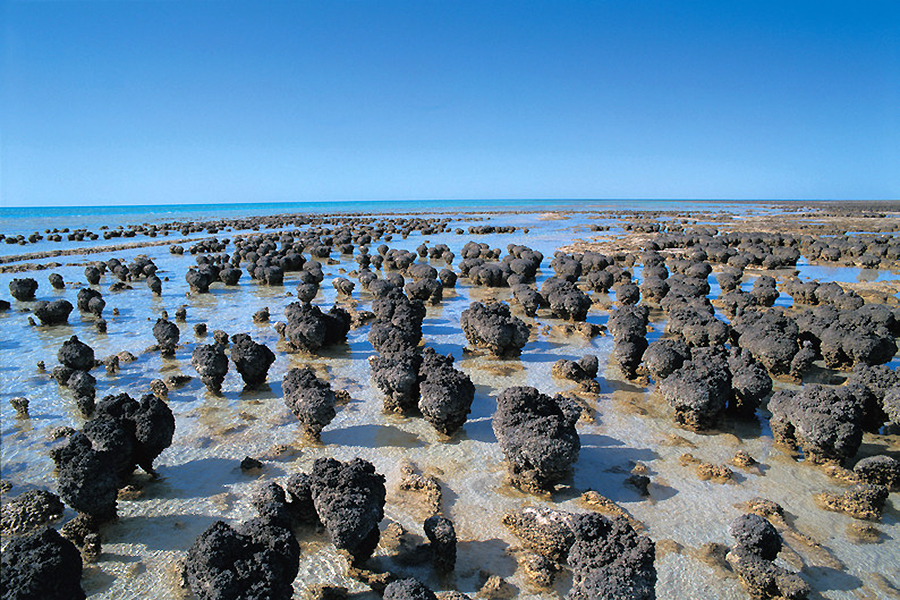 Stromatolites, living fossils which can take the form of rock like structures, can trace their history back some 3.5 billion years! Shark Bay, on Western Australia’s west coast 800 km north of Perth, has the planet’s most abundant and diverse examples of living marine stromatolites, leading to it being declared a World Heritage Area. These dome shaped structures can be seen along the shoreline and in the shallow waters of the Hamelin Pool Marine Nature Reserve. There’s no entrance fee to the marine reserve and a timber boardwalk allows visitors to get a close up view of these natural phenomena.

10. Perth has the biggest city centre park in the entire world Yes, even bigger than Central Park in New York. At 1,003 acres, Kings Park in Perth is the largest inner city park anywhere in the world. This green space at the heart of the city was the first park in Australia to be designated for public use in 1872. A great vantage point from which to survey the magnificent surroundings is the top of the DNA Tower, so called because it is shaped like a DNA molecule. The spiral staircase is 15m high and there are 101 steps to the top, but the sweeping views across the park, Swan River and city skyline make it well worth the effort of the short climb.

We're a big fan of this super-state within Australia! If you’d like to visit Perth and perhaps travel north towards Ningaloo Reef and Coral Bay or south, and head into the Margaret River wine region, we can recommend places to visit and tailor-make your entire trip with accommodation, tours, car hire or cool campervans – whatever suits your style and budget best!

About the author Milly Gill

Fresh out of high school, Milly left her home comforts behind and set off to work in a school in Thailand for a year. Whilst working in Thailand she managed to explore Vietnam, Cambodia, Malaysia and China before uni. In the breaks from her English & American Literature degree she interned for Travel Nation, eventually joining our team in 2014. Milly is fascinated by wildlife and food and weaves these elements into both her own trips and those she plans for others. Her natural instinct for building fascinating trips that take you off the beaten track inform the trips she plans and she currently works as our Product Manager sourcing great hotels and itineraries for our customers.

11 of the best islands in Thailand to explore