My trip to Japan was a tailor-made, 2-week itinerary encompassing Tokyo, Hakone, Kyoto, Hiroshima, Kinosaki, the Kumano Kodo and Osaka. With some careful, expert planning, our Japanese experts created a trip I would have struggled to piece together myself.

Japan is not a destination to turn up in and see what happens; this isn’t their culture. The pre-planning enabled me to budget effectively and make sure my time was well spent. My itinerary included everything; accommodation, various meals and transport and a Japan Rail Pass. My entire holiday was presented perfectly in an individual ‘destination pack’ that covered everything that you could want to know before and during your trip. It included language tips, weather, food, general etiquette along with how to get about, book your trains, forward luggage and make the most of each place you visit. I referred to this pack regularly during my trip - a brilliant touch on such a unique holiday.

I booked my flights with Emirates from Gatwick via Dubai into Tokyo. Their fares are excellent and the service was really good. The fact that the plane was half full on the outbound trip was also a bonus! The in-flight entertainment was extensive and kept me well occupied for several hours too.

On arrival at Narita I exchanged my Rail Pass voucher for the pass itself - all JR offices have English speaking staff. I hopped onto a train heading to Tokyo Central and in an hour I was there. The Metro system is cheap in comparison to the normal trains that operate - between £1- £2 per journey - so after much deliberation at the machine trying to figure out the route and which buttons to press I was heading off to the newly built Shiodome area, where my room at the Park Hotel was waiting for 2 nights.

The hotel is situated on the top 10 floors of a media tower - it took a little while to find what with there being no street signs to read, but my first experience of the friendly Japanese people started here when a business man I asked for help stopped, called my hotel and walked me to the door! An impressive start.

I spent the following 2 days exploring the city by foot and metro - it’s pretty spread out but with all the helpful locals eager to point you in the right direction you can’t get lost for long! There are various areas – electronics and maids in Akihabara, the old town in Ueno and Asakusa, shopping in Ginza, the hectic Shinjuku and the famous crossing at Shibuya.

One thing that I found highly amusing were the toilets – not just in hotels but in restaurants, cafes and even in public - washing, drying, heating, flushing (even fake flushing!) for you, you name it the Japanese toilets do it!

The Tsujiki Fish Market near to the hotel was a highlight - arriving early is essential if you want to see the famous tuna auctions. The market itself was jaw dropping - enormous tuna, so many different fish and some pretty nifty knife skills! The sushi served for breakfast nearby was the freshest I’ve ever tasted, delicious.

After 2 full days sightseeing I boarded my first Shinkansen bullet train heading south to Odawarra. This is the hop off point for the Hakone region, home to the majestic, breathtaking and often elusive Mount Fuji.

The Hakone 3 day transport pass was well worth the money here - it permits you to use the many different modes of transport in the National Park, including buses, a ropeway, cable cars and a boat to cross Lake Ashi. This is a great spot to stay in a traditional Japanese Inn (Ryokan) where you can experience traditional hospitality and sleep on futon mats, often with a full Japanese meal included. This is a real treat - lots of small dishes are served and you can wear your Yukata gowns and slippers for maximum comfort! 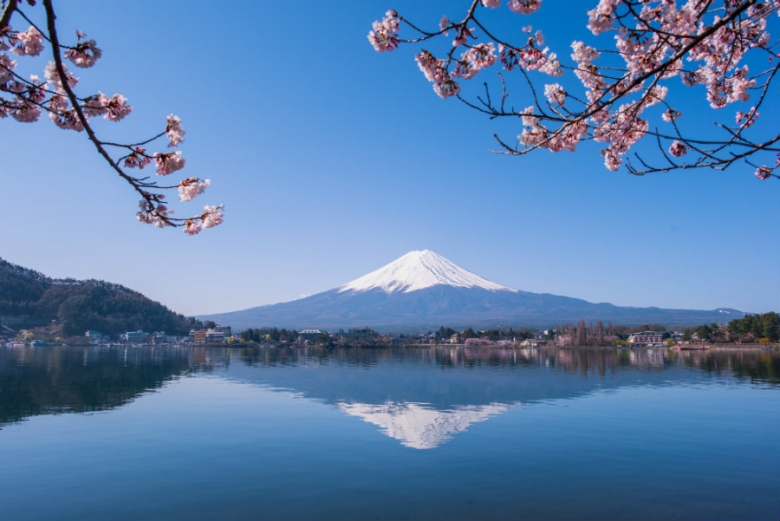 Heading on to Kyoto, I spent a night in a capsule hotel which was certainly an experience! The modern ‘9 hours’ is in a fantastic location close to the shops, the river and all of the trendy cafes and traditional restaurants that make wandering around after dark so much fun. It offers travellers a cheap and fun place to stay. You have lockers for your bags and the floors are split into male and female. The long corridor featuring the capsule rooms is in a constant state of darkness, with little spotlights lighting the pod numbers on the floor. You have a blind to pull down when you eventually retire, and there are bathrooms and showers on a separate floor.

Exploring Kyoto was easy on foot, but hiring bicycles will give you much more freedom to roam. The Gion district is famous for its Geisha’s and if you hang around long enough you will almost certainly be fortunate enough to see the Maiko (trainee) Geisha’s running through the narrow streets late in the afternoon - a breathtaking sight. Temples and shrines can be found on every corner, and are a peaceful place to rest and reflect.

After 3 nights in Kyoto I took another bullet train using my JR Pass to head down to Hiroshima. The city was an inspiration - after visiting the Museum and A-Bomb site I felt moved to see for myself what they have re-built, and their attitude towards peace. The Museum itself gives a very open insight into how and why this devastating atrocity happened, and how the Japanese have moved on along with the implication on others involved. A sad, but very interesting way to spend a few hours.

The nightlife in Hiroshima is great and I spent an enjoyable evening meeting locals and expats alike in the busy bars nearby. It’s small enough to walk around without the need for public transport. The next day a trip to Miyajima Island was a definite highlight of the trip - the autumnal leaves were stunning and a hike to the top of the mountain on this small island is a great way to finish the day.

After Hiroshima I took a mixture of local trains to the Onsen town of Kinosaki, where I spent a couple of nights in a Ryokan with dinners included. I was lucky to arrive when the local delicacy of crab was in season (the best I have ever tasted!).

Onsens are a huge part of Japanese life and all through my trip I utilised the hot baths in each hotel, Ryokan or town I visited. The ritual of communal bathing at the beginning and/or end of the day actually became one of my favourite things to experience in Japan - it is fun to listen to all the ladies chatting away and laughing (they do this a lot!) and it relaxes your body and mind. I’m still trying to figure out a way to introduce an Onsen in Brighton!

After dinner each night, the done thing is to wrap up in your Yukata, don a pair of wooden sandals and trot down the street to whichever (or however many) Onsens you wish to bathe in. Everyone does it, so once it’s dark the willow lined streets are busy with Japanese tourists clip-clopping around from one to the other. After dinner this is all there is to do in Kinosaki, and I loved every minute.

After bidding farewell to my friendly Inn hosts in Kinosaki I boarded a train heading to the South East corner of Honshu - the Kumano Kodo Pilgrim route.

The Blue Sky Guesthouse was my favourite stay of the whole trip - a fabulous host who has worked in travel for many years and knows the region inside out. The area is famous for its pilgrim routes that hikers come from all over to explore.

There are 3 UNESCO Heritage sites that the routes run between. I enjoyed an onsen in a private cabin at the end of the trail and then headed back with a warm egg in my pocket, cooked by a little couple in nearby springs who handed me one on their way past!

My final night was spent in the concrete jungle of Osaka - a huge city known locally for its love of bling. It’s definitely a place where people take their fashion seriously, what a contrast to my previous few days in the serene countryside.

Japan opened my eyes to embracing the unknown and it is a destination that I will always encourage people to visit, even if just for a few days (the Tokyo - Hakoke - Kyoto trip can be done in 6 nights). It’s perfect for honeymooners as you can really treat yourself to a once in a lifetime trip that will leave you with very special memories.

Including Japan in a RTW itinerary couldn’t be easier now - with direct flights from the UK to Tokyo, and connecting flights to/from South East Asia it is easy to incorporate into any ticket. I would recommend the following routing;

For further information and how to include Japan on your round the world ticket, request a quote.

Visit Victoria: 5 things to do around Melbourne