The Costa Ricans have a saying - "pura vida" - which translates literally as “pure life”, and you'd be hard pressed to find a more apt phrase to describe this beautiful, natural country which I discovered during my 18 day G adventures tour “Costa Rica Adventure”.

Costa Rica is a relatively small, Central American country with a huge amount to offer! From the lush national parks on the Atlantic and Pacific coasts, through its history-rich capital San Jose, right up to the far north where the stunning wilderness of the rainforests and majestic Arenal volcano are enough to make anyone fall in love with Costa Rica.

Starting in San Jose, I arrived a day early and took advantage of a day’s pre-tour accommodation to allow me to discover the capital and get my bearings before joining the group the next day. Costa Rica is a country steeped in history and the best place to learn more is at the Museo del Oro (or Gold museum) where it’s easy to lose yourself for an entire day! The next evening, I got to know my new travel group at the introductory meeting and had a fantastic dinner at the joining hotel, after dinner it was an early night in preparation for the first day of my 16-day adventure. A short bus ride away from the busy capital took us to the gorgeous Puerto Viejo de Talamanca on the east coast. The influence from the nearby Caribbean islands is clear in the food, music and way of life and a lazy two days were spent renting bikes, swimming in the clear blue sea, lazing in the white sandy beach bars, paddle-boarding, surfing and enjoying the night life whilst bonding with my new travel companions. G Adventures will always pair you with a same sex traveller and of a similar age if possible, though the groups are always a real mix of travellers – some on their first ever G Adventures tour (like me!), some on their 6th tour with the company and even one who had just finished a mammoth 82 days on the Great South American Journey. There was a good mix of couples and singles, men and women and all nationalities – Greek, American, Norwegian, and Canadian to name just a few.

After a couple of days in Puerto Viejo, we took a private bus up the coast to the Port town of Limon, where our private boat and naturalist guide were waiting to take us deep into the national park through the lush rainforest to spot various types of monkeys, birds of paradise, three-toed sloths, Jesus lizards (so named as they walk on water), caimans and even crocodiles! The boat ride was one of the many, many highlights of Costa Rica, which apart from showing us the incredible wildlife, also took us to see where the river meets the sea, a floating bar and finally into the town of Tortuguero where there are no real roads in order to preserve the national park and the nesting grounds of the green and leatherback turtles. Unfortunately I visited at the tail-end of the laying season and didn’t get to see any turtles, but the night walk on the beach was still worth it! The real highlight of the tour for me was venturing into the Sarapiqui Rainforest to stay in a rustic lodge with our own private naturalist guide. After a rather bumpy tractor ride to Rara Avis (or “Rare Bird”) Lodge, we were welcomed with a hearty Costa Rican feast and a tour of the stunning property in the heart of the rainforest. Originally set up to show that the rainforest could be economically productive in order to save it from destruction, it now serves as an important research site for naturalists and ecologists who live on site whilst studying various aspects of the rich animal and plant life. After a delicious breakfast at the lodge, we set off on a hike through the largely virgin rainforest with our guide to spot three different types of poisonous snakes, giant bullet ants, stunning butterflies (which could also be seen close-up in the butterfly farm behind the lodge), learned all about the leaf cutter ants who carry leaves across the forest to the colony to feed the queen and hundreds upon hundreds of different types of orchid. After an amazing walk through the forest, we arrived to a viewing platform to see the stunning two tiered waterfall which belongs to the lodge and provided an amazing place to cool down after the jungle hike. Rara Avis is the true personification of La Pura Vida, where the lodge lives in harmony with the surrounding rainforest and nature – with the wild hummingbirds even coming to the dining lodge to drink the sweetened water left out for them! 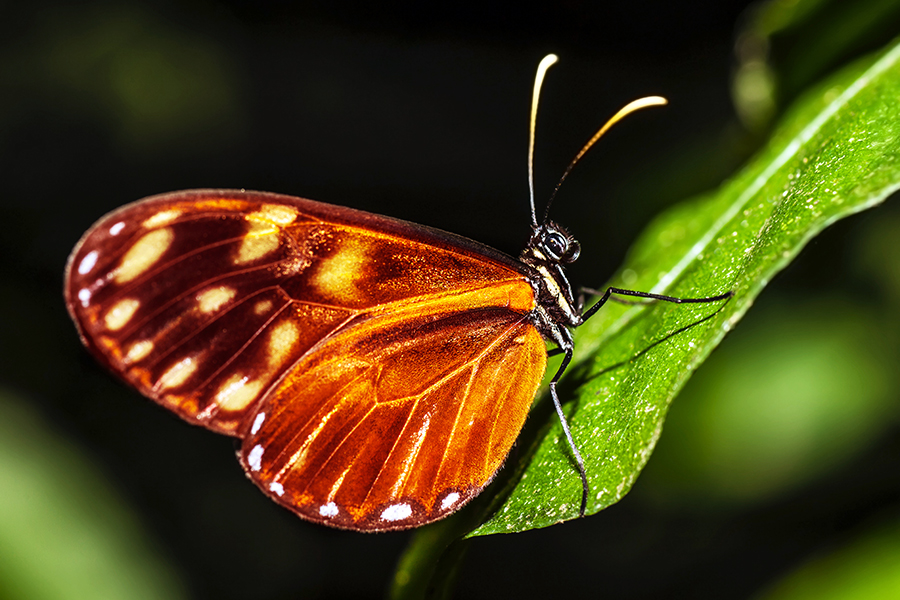 From Rara Avis we took a private bus further north to La Fortuna town overlooked by the imposing Arenal Volcano for a completely different experience! Here I spent my two full days white-water rafting and waterfall rappelling with a fantastic local company who follow safety standards to the letter, but still know how to have an amazing time, with their good humoured and knowledgeable guides. There were also opportunities to climb Arenal Volcano and various other hikes in the local area. Evenings were spent either in town at one of the many incredibly tasty restaurants or relaxing at the local hot springs, which offers pool after pool of naturally hot spring water at varying temperatures. Some have waterslides, some have Jacuzzi style pools and others have a pool bar so there’s something for everyone. The evening at the hot springs finished with an all you can eat buffet right at the top of the park. What a brilliant day! 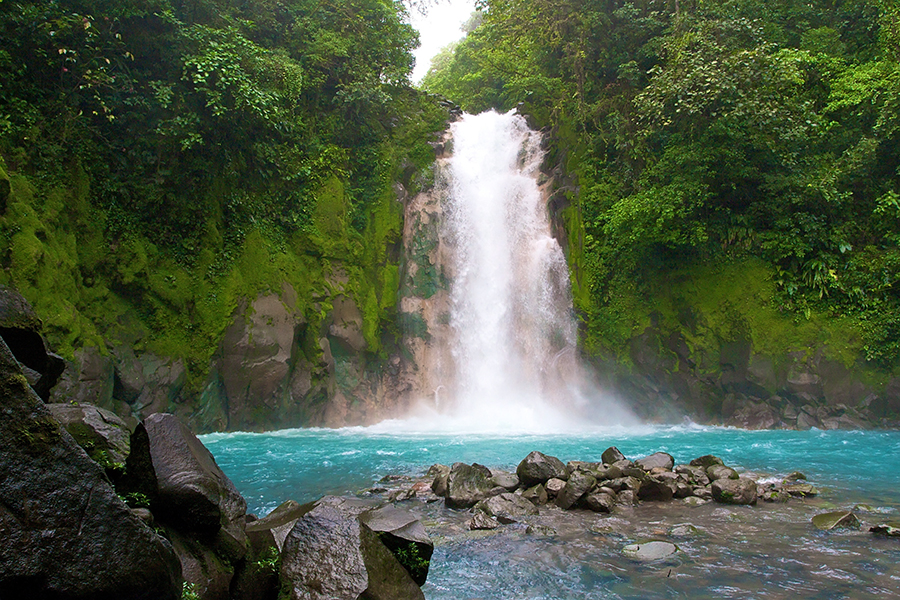 Monteverde was the next stop, further southeast from La Fortuna. Here we had a guided tour of a traditional coffee plantation, to see how it goes from tiny red buds on a small bush, to a full flavoured Costa Rican coffee – with coffee tasting included! After this it was off to the Saint Elena Cloud forest with a naturalist guide where we were extremely lucky to see one of the rarest and most beautiful birds in Central and South America – the Quetzal. In the afternoon we were zooming through the forest canopy on zip lines and what an experience that was! A combination of walking through the forest, zip lining high above the canopy, a “Tarzan-style” swing which made even the toughest boys on the tour squeal like girls, and the grand finale... a 1km long zip wire so high you fly through the clouds! The second day wasn’t quite so adrenaline-fuelled, and finished with an amazing horse-ride through a Costa Rican Ranch to see the sun set over the spectacular mountainous scenery and cloud forest before heading back to have dinner with the group. After Monteverde, we took a private bus down the coast to Manuel Antonio National Park for the last stop before heading back to San Jose. Manuel Antonio is listed as one of the world’s 12 most beautiful national parks and is so loved by the Costa Ricans that when a developer bought the land and started cutting down trees in preparation to build a luxury resort, the Costa Ricans intervened and managed to recover the land from the developers and preserve it in order to offer visitors kilometres of walking trails, pristine beaches and unsurpassed diversity in the local wildlife. Days in Quepos/Manuel Antonio were spent on the beach with my fellow group members, swimming in the sea and eating delicious food, before a sunset dolphin-spotting sail around the tip of the national park on the last day. What a perfect way to end such a varied tour with a wonderful group of people in one of the most beautiful and diverse countries on earth!

Since 2016, there direct flights to Costa Rica from London, and there are several ways to include Costa Rica in a round the world itinerary, for example:

If you're interested in a trip to Costa Rica, we can tailor-make all of your arrangements including flights, accommotion and tours, or show you different ways to include Costa Rica in your round the world trip. Call us on +44 1273320580 or request a quote by email.

My Spitsbergen expedition: journeying into the Arctic

Antarctica Cruise to South Georgia and the Falklands

Visit Victoria: 5 things to do around Melbourne

Island-hopping and diving in the Philippines