A few months back I was daydreaming with ideas of my next adventure, when I was offered the opportunity to go to China - an opportunity not to be missed!

My 9-day China trip was with Intrepid, who specialise in offering you an authentic experience of the countries you visit by using local transport, staying in cultural accommodation and immersing you in local life at every opportunity. I'd get the chance to see Beijing, the Great Wall of China, the Terracotta Warriors and much more!

Our itinerary is very similar to Intrepid's China Highlights tour which I can book for our customers. This is the description of the tour I was given;

“Experience the wonder of China's most famous ancient attractions on a journey from Beijing to Shanghai. Feel the sturdy rock of the Great Wall beneath your boots, come face-to-face with a terracotta army and take time to sample fresh cuisine as you sit back among the locals. This trip combines the imperial grandeur of palaces and ancient icons with the vibrancy of modern cities for the perfect taste of China.”

I arrived in Beijing early in the morning and was greeted by one of our lovely suppliers, Julien. If you do have to get a taxi from the airport, metered taxis are available outside the airport terminal building. The taxi ride from the airport to our starting point hotel took around 45 minutes and should cost around CNY80-100 (plus CNY10 for the airport expressway toll). Show the taxi driver the name and address of the hotel in Chinese characters.

I stayed at the Face hotel where my room was amazing! The hotel is boutique and modern with traditional touches. A fantastic little place, it might not seem like much to look at from the outside (having previously been a primary school block!) but the rooms have been decorated traditionally and have a great atmosphere. The Confucius Studio is 52 sq ft, beautiful open-plan design. It’s well-located; close to the posh Regent Hotel and Houhai Lakes and good for the Forbidden City.

Having had no sleep, I voted to go for coffee at the Regent; a very plush hotel in the centre of Beijing. That set me up to experience the rest of what Beijing had to offer.

We strolled around the traditional Hutongs (inns) amongst all the hustle and bustle, with different shops and their street food stalls. For lunch, we went to a hotel called Courtyard 7 which was a converted Hutong. I had my home-favourite ‘beef in black bean sauce’, which was gorgeous. However I think I’ve shot myself in the foot as it’ll never taste as good back in the UK!

We then jumped on a motorbike with a sidecar to tour the rest of Beijing. We wandered Houhai Lakes and visited the ‘birds nest’ Olympic stadium. We finished the first jam-packed day with a couple of drinks at the FACE bar, moving onto a few cocktails at a roof top bar overlooking Beijing at night. 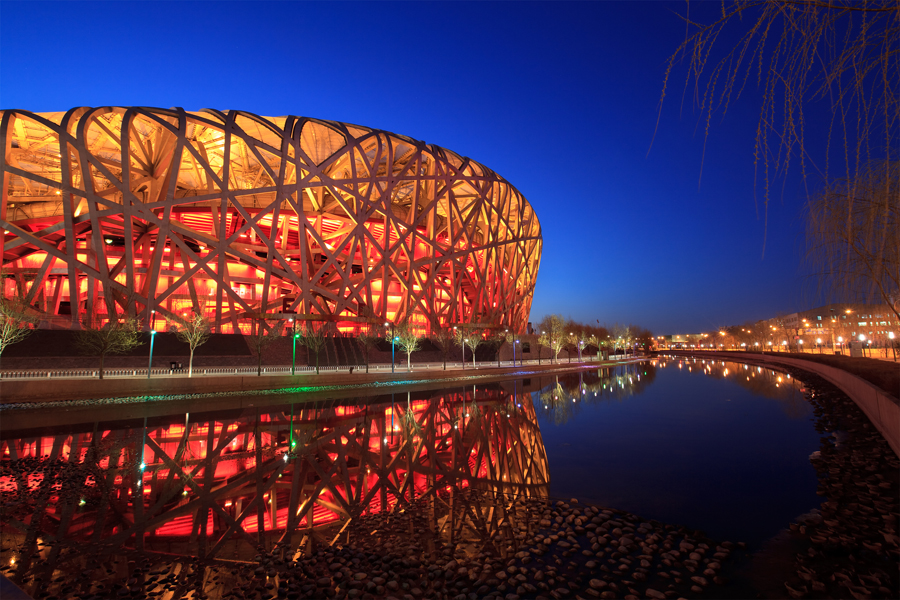 After my omelette breakfast with lettuce and ketchup filling (surprisingly yummy!), I set off for an early morning walk in the city, before I was due to meet up with my tour group.

A 15-minute walk south took me to the Temple of Sun park. The parks in Beijing are so important to the culture of the people. Whilst you might think a temple visit would be important, it’s more about the social aspect and the people surrounding the temples.

I wandered around the park for ages with its lakes, bridges and beautiful little Pagodas, with a beautiful blue sky above me. You'll see people doing Tai Chi everywhere, kids doing Tai Chi lessons (very cute), people practicing Martial Arts and even found a group of people bashing out their nun chuck moves. Having learned nun chucks myself, I found it very impressive and watched them for a while. Very cool, but Bruce Lee’s still number one for me!

The tour takes you for an early morning trip to the Mutianyu Great Wall which is about 2 hours’ drive from Beijing. You’ll find there’s a 30 minute climb up some steep steps to the wall itself but well worth the effort! For those less keen on climbing, there’s a chairlift option or cable car you can take to the top and back. That certainly makes for a more leisurely experience and you’ll have great views. The Great Wall is nothing short of amazing. After we explored along the wall, we had the chance to  toboggan down! Great fun with lots of giggles! 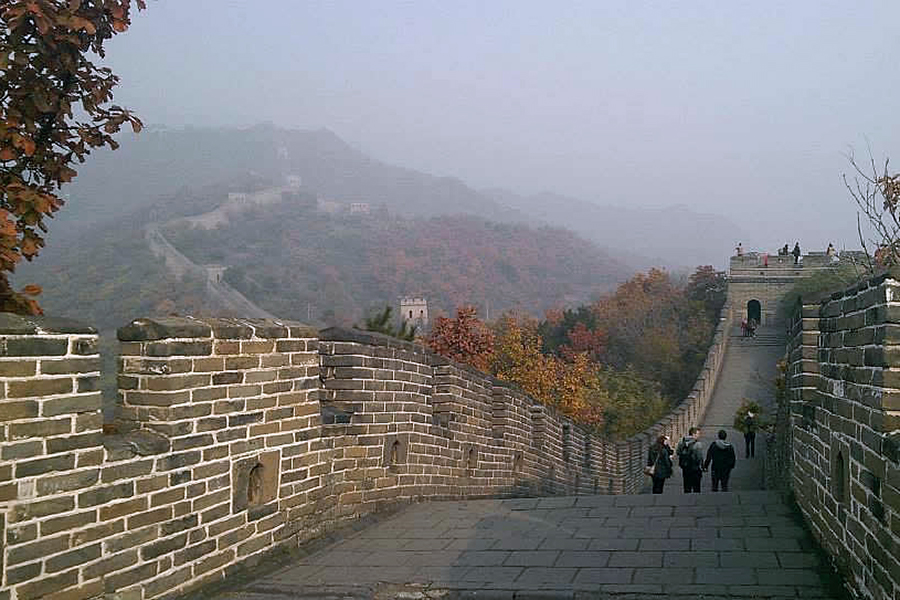 The final day of Beijing tour took us to Tiananmen Square. It’s impressive being the largest downtown square in the world, however, I had mixed feelings knowing the history of the place. The Forbidden City was incredible; the former home to China's imperial rulers. 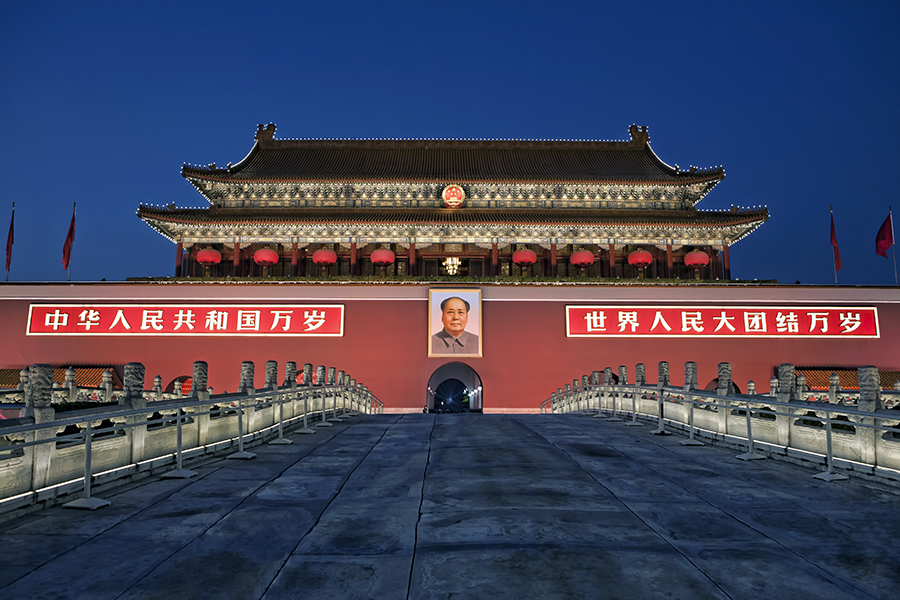 After the pandemonium of the train station we prepared ourselves for an overnight 'hard sleeper' train to Xi’an. Train travel in China may not be entirely luxurious but it's certainly one of the best ways to come face to face with the country and its people as it's the main form of transport for locals.

‘Hard sleepers’ are closed compartments with three-tiered bunk beds (six to a compartment) with sheets, pillows and a blanket provided. Luggage storage space is inside the cabins which is certainly a jigsaw puzzle.

Basic bathroom facilities are situated at the end of each carriage with a hole in the floor. This journey was made easier by a bottle of Baijiu (Chinese liquor) and Chinese super noodles which we made ourselves on the train.

We arrived in Xi’an in the morning into another hectic train station. This city was the imperial centre of China for 2,000 years and is now a vibrant, modern place dotted with interesting historical sites.

We wandered around the streets of Xi’an, to the Drum Tower and through the market. The Muslim quarter was fantastic. The pavements were littered with wonderful and exciting food stalls selling all sorts of bits of meat on skewers covered in spices – totally yummy!

We visited a special Intrepid-supported project for young people with intellectual and learning disabilities called Xi'an Huiling (meaning 'wise spirit') , where we enjoyed a performance of singing and dancing by the students and also joined in with the dancing.

Next, we explored Xi'an's most famous site - the Terracotta Warriors – about an hour outside of Xi’an. This incredible archaeological find was discovered by farmers digging a well in 1976 after being buried for thousands of years. These clay statues of soldiers, horses and chariots, all standing in battle formation, were commissioned by the emperor of the Qin dynasty as part of his mausoleum. 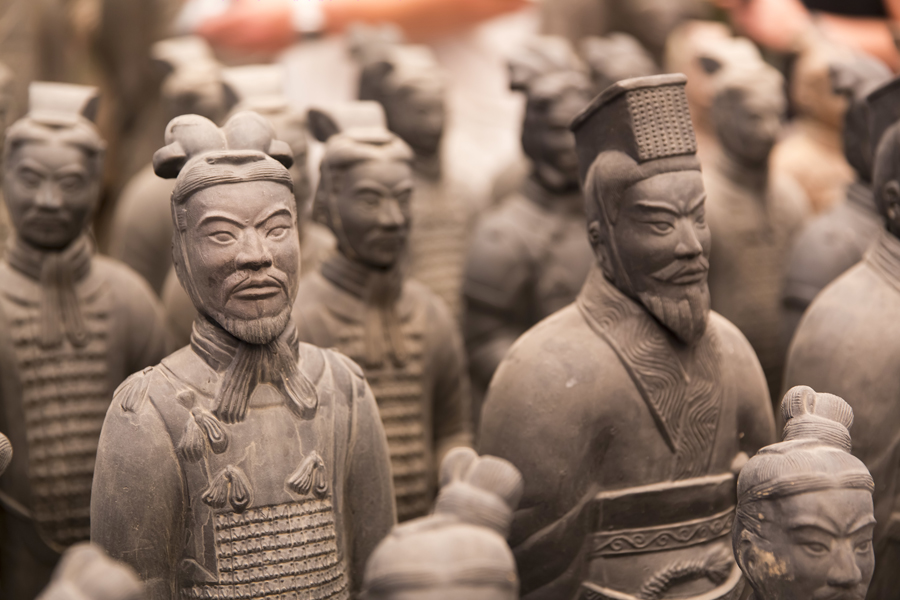 The sleeper train to from Xi'an to Shanghai is even more of a mission, be warned – it takes 15 hours!

Blending 21st-century architecture with old-world character, Shanghai is the vibrant pulse of new China. We walked along the Bund with the famous view of Shanghai Harbour. Visited the Yuyuan Garden and experienced the famous little dumplings just outside of the entrance (very popular, the queue was massive!) 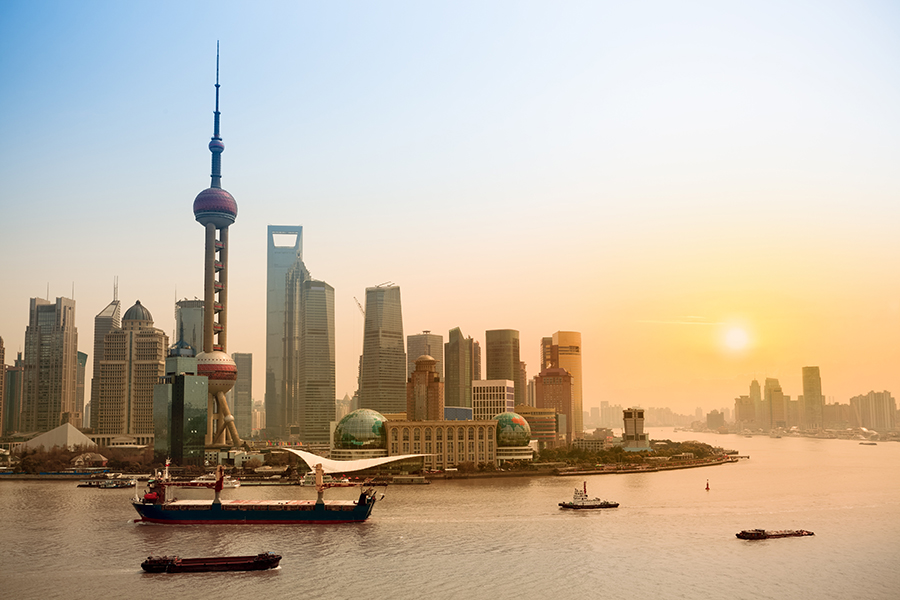 That evening we went for dinner at a restaurant called “Grandmothers restaurant” and had Grandmothers Pork – which was delish! The last night in Shanghai rounded off my China visit, before my early morning taxi to the airport for the flight home via Beijing!

If you’d like to see China for yourself, there are plenty of ways to get there and to spend your time – whether you want to travel independently or join a tour. If you’d like some advice on where to go and how to book – just call us on +44 1273320580 or request a quote by email.

Here are a few ideas for how to include China in your itinerary – however we can make any route work, just ask!

Round the world: London - Shanghai - Auckland - LA - London Flights from £1,229 pp including taxes

About the author Travel Nation

5 Amazing wildlife experiences to squeeze into your trip

How to plan a family-friendly gap year